Why were European Cars Rated at Very Low Horsepower? 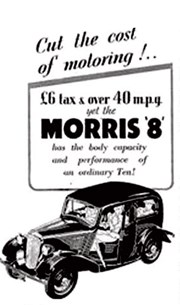 Often, in reading engine specifications, the rated horsepower for early vehicles seemed to be extremely low, especially those catering to the European market. The reason for the low horsepower rating was rather simple: economics. Cars were taxed based on their engine size.

But often the horsepower rating of European cars (especially British) seem ridiculously low, often only 20% of how an engine was rated within the United States. If horsepower is a given, then why the radical difference in ratings? Economics! Or, in even simpler terms: rates of taxation.

European countries, -again, especially Great Britain - taxed a vehicle based on its 'horsepower'. Since horsepower could not be fudged, another method of rating an engine had to be devised. In 1910 the British government invited the RAC (the RAC was founded as an 'Associate Section' of the Royal Automobile Club) to devise a method of rating an engine's power. The formula devised and accepted used only the surface area of the piston top - the bore (the diameter). The stroke was not considered. Therefore the rating was not based on actual engine displacement, but only on one portion of the piston's displacement. The RAC's 1910 formula included a factor of 2.5, a figure devised to account for the low efficiency of the early engines. As engine efficiency increased in the late 'teens, 1920s and '309s, the old formula was still used, so the actual horsepower produced by an engine increased radically, yet the tax rating remained the same (or nearly so).

In order to produce engines with adequate (real) horsepower, British engine manufacturers went to a very tall ration between bore and stroke. The piston surface area remained relatively small, but the stroke of the piston was increased greatly. Since actual displacement was not considered in rain an engine for tax purposes, a higher horsepower engine could retain its lower owner-cost by using a rather small bore buy a longer stroke.

The RAC (British) formula for calculating taxable horsepower was:

D is the diameter (or bore) of the cylinder in inches
n is the number of cylinders
2.5 is the efficiency factor (a fixed or given number) 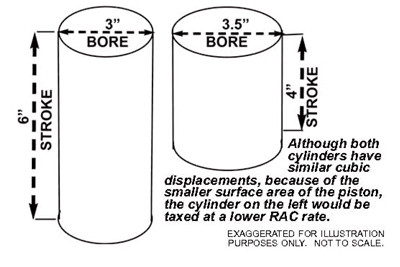 Several European countries followed a taxation schedule similar to that of Great Britain, but a few notable exceptions were Germany, which used a taxation rate based on displacement, and Switzerland which used a scale, or range of displacements, for taxation purposes. France and Spain used a fiscal taxation which encouraged the use of smaller engine (read as under-powered) in relatively large cars.

PLEASE NOTE: What we have been discussing refers to 'the old days' Do not rely on this information as a measure of current horsepower ratings. Things have changed, and radically. Whereas in the 1920s and 1930s, manufacturers spoke of 14 or 16 horsepower, today they speak of the 500s. A number of European carmakers have been using a rating called 'DIN' instituted by the German national institute for standardization, called Deutsches Institutionalization für Normung (DIN). The DIN measures hp with standard intake, exhaust, and accessory systems in place. DINhorsepower rating, therefore, are comparable to the modern SAE (U.S. & U.K.) net horsepower rating system, although they are usually reported in metric horsepower. Th other rating, SAE Gross Horsepower, measures a bare engine on a test stand with no accessories, no muffler and optimal timing: ideal conditions. Net SAE Horsepower and DIN are more realistic, measuring horsepower with 'real-world' parameters.

The 1938 Alvis 12/70 and the 1938 Wolseley 14/60 would be taxed at different rates from each other. Despite the greater mechanical horsepower of the Alvis engine. It would be taxed at a lower rate than the Wolseley. 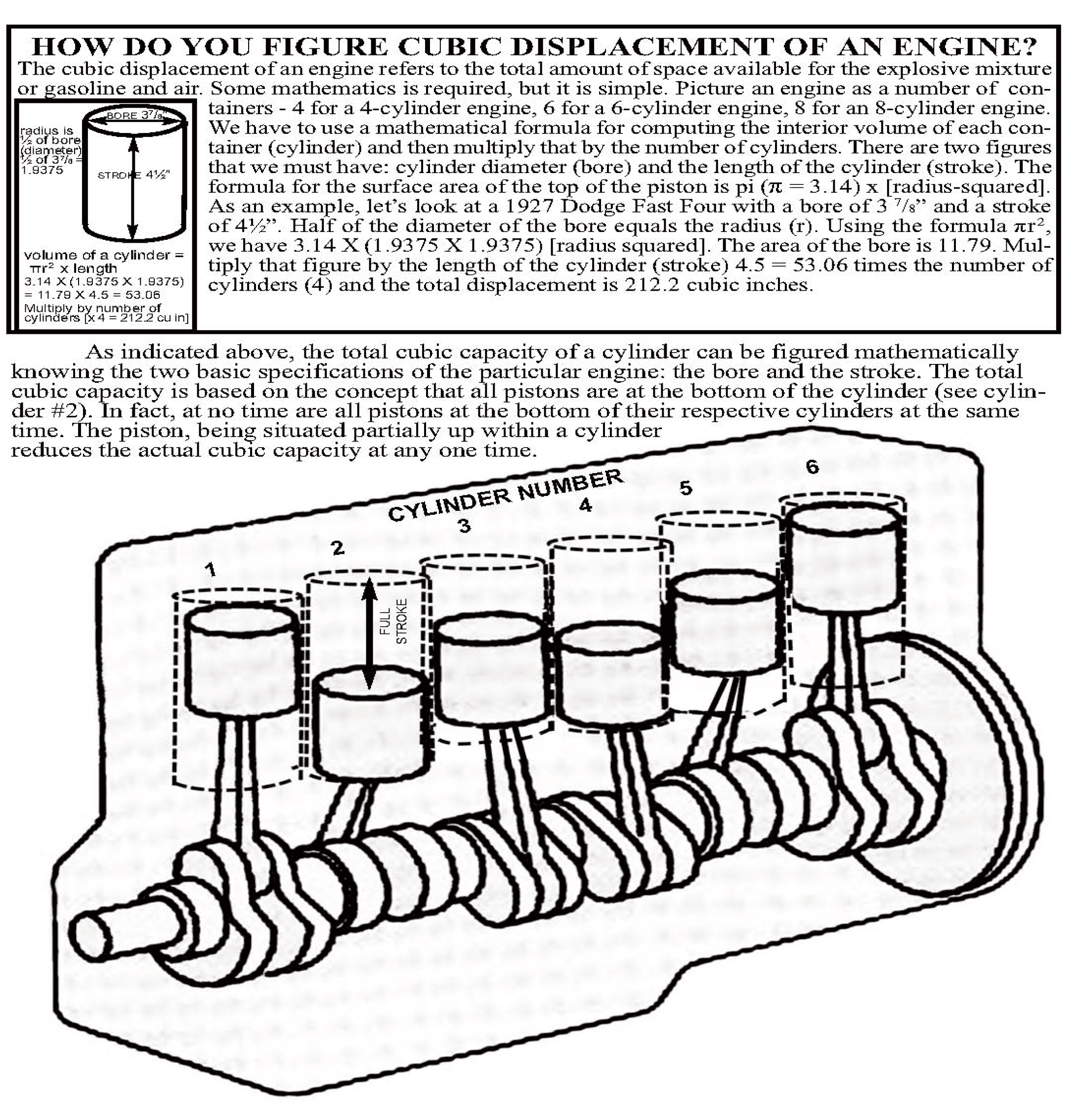