Today, most of our contact with free­ wheeling units comes when we take our bicycles out for a ride. We pedal to get the bike up to speed, and then relax while the bike coasts. This is especially noticeable when coasting down a long, moderate incline. Wheel speed and gravity keep the bicycle moving steadily while we, the riders, sit back and enjoys the scenery. There is really no liability to this exercise, especially if our bicycle has hand-operated brakes. The grasp­ ing of the brake handles pulls a cable which brings two friction pads against the wheel rim, slowing , and eventually stopping the bike. Braking is done totally independently of the power source - the pedals.

The freewheeling hub was, in fact, devel­oped for bicycle use, but in the early 1930s it was adapted for automotive use. Most automobile manufacturers looking for something to make their car sound better, brighter, shinier and to appeal to more people in a very competitive mar­ ket, added a freewheeling system to the car's transmission. The freewheeling was touted as an economy measure. The car would be more fuel efficient if the engine could ' idle' while maintain­ ing road speed. But one of the liabilities was that a 3,000 or 4,000 pound car had a lot more inertia than did a 70 pound bicycle. Speeds were gener­ally greater, and these factors made it more diffi­cult for the brakes alone to stop the car without suffering damage. But the downside of the free­ wheeling was not mentioned by the car-makers. It was another feature that manufacturers could add to their machines to make them more appeal­ing to the customer.

Before we get much further into the sub­ject, though, let's clear up one misconception. Freewheeling is not synonymous with 'Overdrive.' An overdrive unit will contain a freewheeling system, but a basic freewheeling unit is not and does not constitute freewheeling. Basically an overdrive unit allows the drive shaft (and then the rear end and rear wheels) to tum faster than the revolutions of the crankshaft. Because of the lower gear ratio of overdrive, the car produces less torque, but more economical cruising. A series of gears lowers the ratio of engine-to-driveshaft revolutions to less than 1:1. With the overdrive engaged, the rear wheels are allowed to tum faster than the revolutions pro­duced by the engine, thus giving better, low­ torque economy. The overdrive system is sophis­ticated enough, though, that when road conditions demand - for hill climbing, passing speed, or lower road speeds (generally below 40 mph), the gear shift within the transmission/overdrive unit is virtually instantaneous, switching from the (almost) coasting condition to a ratio which allows the engine speed to more closely match that of the driveshaft.

But with freewheeling engaged, it is essentially like driving with the clutch depressed. (In Australia - and perhaps other places - this is known as ' Angel Gear ' because it brings the driv­er that much closer to the angels.) The engine speed and the rear wheel speed become inde­pendent of each other. This occurs at a minimum speed, so generally high gear (third or fourth gears) is the only one involved, but it could rea­sonably happen in second gear, too, if adequate speeds can be obtained with the second gear ratio. When the rear wheel speed exceeds the crankshaft rotational speed and the engine/drive­ shaft are ' disconnected', the car becomes a run-away. It is the rear wheels that determine the car's speed, not the engine. The only control that the driver now has is with the brakes and with the steering. Steering generally has nothing to do with forward speed unless the driver steers the car up a hill or into an oak tree.

The brakes, especially on our older cars, were adequately sufficient. They normally did a reasonably good job of slowing and stopping the car. But when exposed to ultra-demanding situa­tions - like a 4,000 pound car barreling down a hill in freewheeling • the brakes are working beyond their normally anticipated capabilities. Overheating, or even outright fire, can be the result. Remember, letting your foot off the gas pedal will not slow the car when it is in freewheel­ ing; the engine is 'disconnected.'You're flying on a wing and a prayer. You had best hope that 1) the downhill road takes an upturn, 2) there are no hair­ pin turns ahead of you, 3) special conditions • like an on-coming car • don't demand a rapid stop, or 4) 1hat oak tree doesn't jump out in front of you. Driving in hilly terrain became an 'E' ride.* 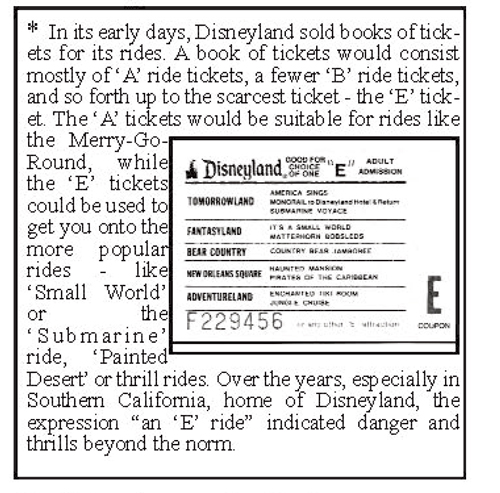 Okay, that's the bad stuff about free­ wheeling. What are the advantages? (This will be a much shorter paragraph.) Fuel economy. Alright, maybe minimally less wear on the engine. And the ability to shift gears without depressing the clutch. But the freewheeling is only engaged when the driveshaft is turning faster than the engine - on a downhill road. How often does that occur? The fuel economy and reduced wear on the engine happens in free­ wheeling because the engine drops down to an idle while coasting down the hill. (Theoretically freewheeling will help as well on flat roads where coasting is possible. But without inertia, the car will slow down and it will take extra gas and extra 1pms to bring it back to 'coasting' speed.)

Reduced control was the biggest problem with freewheeling, and the increased fuel econo­my? Well, nothing to write home about. After the late 1930s or so, freewheeling became a footnote in automotive history. And it was about the same time that overdrive became popular and within not too many years, almost a standard part of the automotive transmission.

How Does Freewheeling Work?

The simplest visual analogy is a ratchet; a sawtooth gear work­ing against a pawl. If you can imagine that when the sawtooth gear spun fast enough, the pawl would be locked out eliminating the slowing or stopping attributes, that's a freewheeling unit.

A number of different systems were used to actuate a freewheeling unit, but essentially they were all very similar: An over-turning clutch system disengaged the driving shaft (from the engine/transmission) from the driven shaft (drive shaft or propeller shaft). 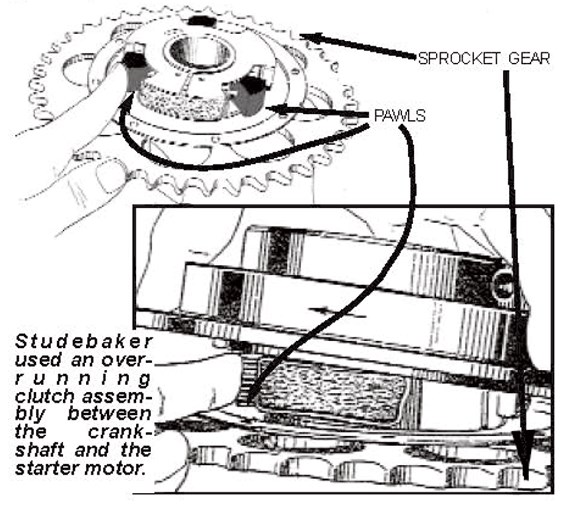